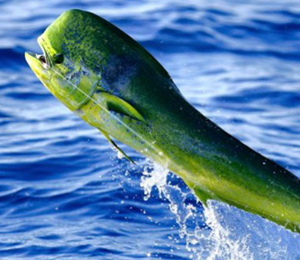 May Events in Key West

When vacationing in Key West, there are numerous opportunities to have a fun and exciting experience for both couples and families. Best On Key West works diligently to ensure that your travel experience in Key West Florida will be a unique and unforgettable adventure. The local community is sponsoring a number of special events to compliment the various activities already provided such as cruises, tours, and scuba diving. The following list details some of the many things to do in Key West for the month of May:

May 7-11: The 19th Annual Key West Songwriter's Festival -- This annual festival is the largest of its kind in the world, appealing both to visitors and island locals alike. It is located near the most popular venues and hotspotsin Key West and the artists perform in the early afternoon until late night. Most of the shows are free, but certain performances require a ticket purchase. Various artists will play in this legendary event, including Sara Evans, Anders Osborne, Kacey Musgraves, Robert Earl Keen, Kree Harrison, Rhett Akins, Matraca Berg, Tony Joe White, Dean Dillon, and many others. Afterwards check out our Commotion On the Ocean cruise with live music, drinks, and food.

May 15-18: Key Largo's Original Music Festival -- Local and national artists come together in a unique musical celebration which will certainly be unparalleled. Over 28 musicians and bands will play a variety of genres such as jazz, pop, rock, country, blues, and more. The performances are scheduled to play at multiple venues including Snappers Waterfront Restaurant, Sundowners Restaurant, Cactus Jacks, and Señor Frijoles. Book a hotel room before it’s too late!

May 16-17: Annual Harry S. Truman Legacy Symposium -- If you would like to explore some of the historical sites of Key West, stop by the Little White House where president Truman himself spent many vacations during his time in office. The building was originally a naval station during the Spanish-American War and both World Wars, but was later converted into an vacation retreat in 1946 by president Truman. During this two-day sightseeingevent, the history of Key West politics will be discussed in panels, receptions, and tours. Afterwards, check out some other historical landmarks for a thrilling educational experience.

May 30-31: The 12th Annual Dolphin Masters Invitational -- If you are a skilled fisherman that's searching for things to do in Key West, look no further. Key West is one of the world's most prominent destinations for deep sea fishing. The Dolphin Master's tournament offers $13,000 in prize money to whichever boat team catches three dolphins with the highest combined weight. The invitational is open to anyone with a boat, and has an entry fee of $750.

May 31: The 3rd Annual Ladies Dolphin Tournament -- This tournament is for women only and features over $10,000 in prizes for the top five boats with the largest combined weight of two fish. It is the most popular tournament of its type and offers the most substantial rewards. There is also a new award starting this year for the team that catches the largest tuna. Final registration ends on May 31 so in the meantime check out some of our famous Key West Dolphin Fishing Tours. After the competition, cool down with one of our relaxing Key West Dinner Cruises.

On top of these special events, there is an extensive variety of affordable, high quality Key West tours and activities available for both families and couples alike. Because of its blossoming cultural life and welcoming atmosphere throughout the entire island, thousands of visitors have commented on their unique experiences about how they can’t wait to return to this tropical paradise.