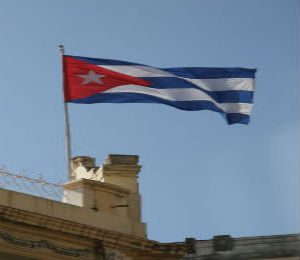 Located just 90 miles north of the Cuban capital of Havana, the islands of Key West and Cuba have quite a lot in common. Not only do they have tropical warm temperatures year-round and the consistent balmy island breeze, Key West and Cuba have gained a lot from each other. In this article we will take a look at the Cuban presence in Key West Florida throughout the history of the small island. Many locals believe that in the next few years, as travel restrictions between Cuba and the United States start to loosen up, ferries will once again run from Key West to Havana the way they did in the first half of the 20th century. Only time will tell, but here is a brief history of how Cuba and Key West have been interconnected.

The Key West Cigar and Cubans

The single largest influence of Cubans in Key West had to do with the cigar industry of the 19th century. It was in 1831 that William Wall, a man from England, opened the first cigar factory in Key West. This brought Cubans to the small island in hordes. With the Cuban Independence War in 1868, Key West quickly became the world's cigar-making capital, bringing even more Cubans to Key West. Spanish quickly became the second language of Key West thanks to this influx of Cuban immigrants (in 1870, the first Spanish-language newspaper, El Republicano, was first published). The boom in the cigar industry in Key West came right on time as the previous major industry of the island (wrecking) was quickly coming to an end thanks to an increase in lighthouse construction and the use of steam ships which wrecked much less frequently. In 1885, there was a major strike among Key West cigar makers, which prompted Vicente Ybor, one of the industry's principle manufacturers, to move his company to Tampa, which also quickly became a hot spot for cigar manufacturing. Even with the start-up of the industry in Tampa, Cubans in Key West worked in 200 cigar factories on the island and produced approximately 100 million cigars each year.

With the boom of the cigar industry in Key West in the mid 19th century, Cubans had a prominent presence on the island. The first Spanish-language newspaper was published in 1868 and the first Cuban mayor was elected in Key West in 1875. His name was Carlos Cespedes. Cuban revolutionary Jose Marti made many trips to Key West to recruit Cubans to fight for the independence of Cuba and it was right in Key West Florida that he founded the Cuban Revolutionary Party in 1891. Another important role Key West has had in Cuban and US politics is with the USS Maine battleship. The vessel sailed from Key West to Cuba where it was blown up, leading to the official start of the Spanish-American War. Crewmen aboard the USS Maine are buried in the Key West graveyard.

Key West also had an important role in the Mariel Boatlift of 1980. The Mariel Boatlift was the result of the Cuban government freeing their borders so that anyone who wanted to leave the island and seek refuge elsewhere was free to do so. The largest majority of Cuban emigrants arrived in ports and docks in Key West and Miami. By the time an agreement was made between Cuba and the US government, it is estimated that some 125,000 Cubans made it to Florida, flooding both Key West and Miami. Key West is still a major arrival point for Cubans fleeing their country and trying to reach American soil. Cubans are not openly welcome to arrive in the United States, but the "Wet Foot, Dry Foot" policy allows immigrants who make it to American soil to remain in the country.