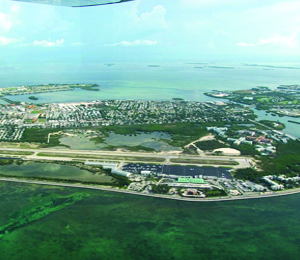 Getting To Key West

To get to the tiny island of Key West, at the southernmost tip of Florida and the southernmost city in the continental United States, you have several options. There are several direct flights to the Key West International Airport from Atlanta, the Bahamas, and most major Florida cities. The runway at the airport is too small for other international flights, so most flights have a transfer at an airport in one of those cities. Fares can be rather high, however, and a lot of people opt to fly into a city in Florida and drive down.

To drive down to Key West, you will pass by almost 3 hours worth of keys and islands that make up the entirety of the Florida Keys. From Miami, Key West takes a total of 3 and a half hours. This is not including the traffic that tends to build up, especially on the weekends and on stretches of US-1 that are only two lanes wide. If you are driving down, make sure you have an idea of the parking situation in Key West, as it can be quite tricky, particularly if an event is being held on the island. An option to avoid the hassle of parking is to drop the car back off at the rental shop and then rent a scooter or bicycle for your stay on the island. Then again, if you are coming in a time when fewer tourists will be on the island, parking shouldn't be difficult to find.

A third option is to take a ferry from a Florida city down to the island. Currently, the only cities that offer a ferry service are Ft. Myers and Marco Island on the west coast of Florida. Ft Myers and Tampa, FL have big international airports and a lot of people fly into one of these airports then drive to the dock where the Key West Express ferry will transport them to Key West. In the past, there has also been a ferry from Miami down to Key West. This should be up and running again some time in 2009, so look into it. If you're in Miami, however, you also have the option of a shuttle bus that several times each day to Key West.

And finally, a lot of people get to Key West through cruise ships. This is a popular way to get a chance to explore the island in one day's time. This, however, does only relegate people to a few hours in Key West when, truly, the city is best experienced over several days in order for visitors to go on a number of tours and activities as well as have time to explore the unique shopping and dining that Key West is so proud of.